Hi, dear followers! We are now past mid-September and the autumn is slowly settling in Stockholm. There weather today was very nice so we took the chance to visit a new station and bring you new stories. Follow us to Sockenplan!

Today’s station was opened 67 years ago, in September 1951 and it lays in the southern part of the city. Before this date, since 1930s, a tram services had a stop nearby called Enskedefältet.

Nowadays, Sockenplan is part of the green T19 line in the subway network. Placed at a bit more than four kilometers away from the central part of the city, the station is followed by Enskede gård northbound and Svedmyra southbound.

It’s not one of the most popular stations in town, even if it serves a residential area in the Swedish capital. Almost 2.500 people are using this station on a regular day. It has only one entrance, which leads to the open-air platform serving the two tracks, one for each way. Here one can find the artistic decorations made by Sture Collin in 1990.

Want to see more of Stockholm’s beautifully designed stations? keep an eye on your project’s Facebook page (Stockholm Subway StoRy) and check out our blog for new posts regarding the Stockholm subway. Be a part of the StoRy! 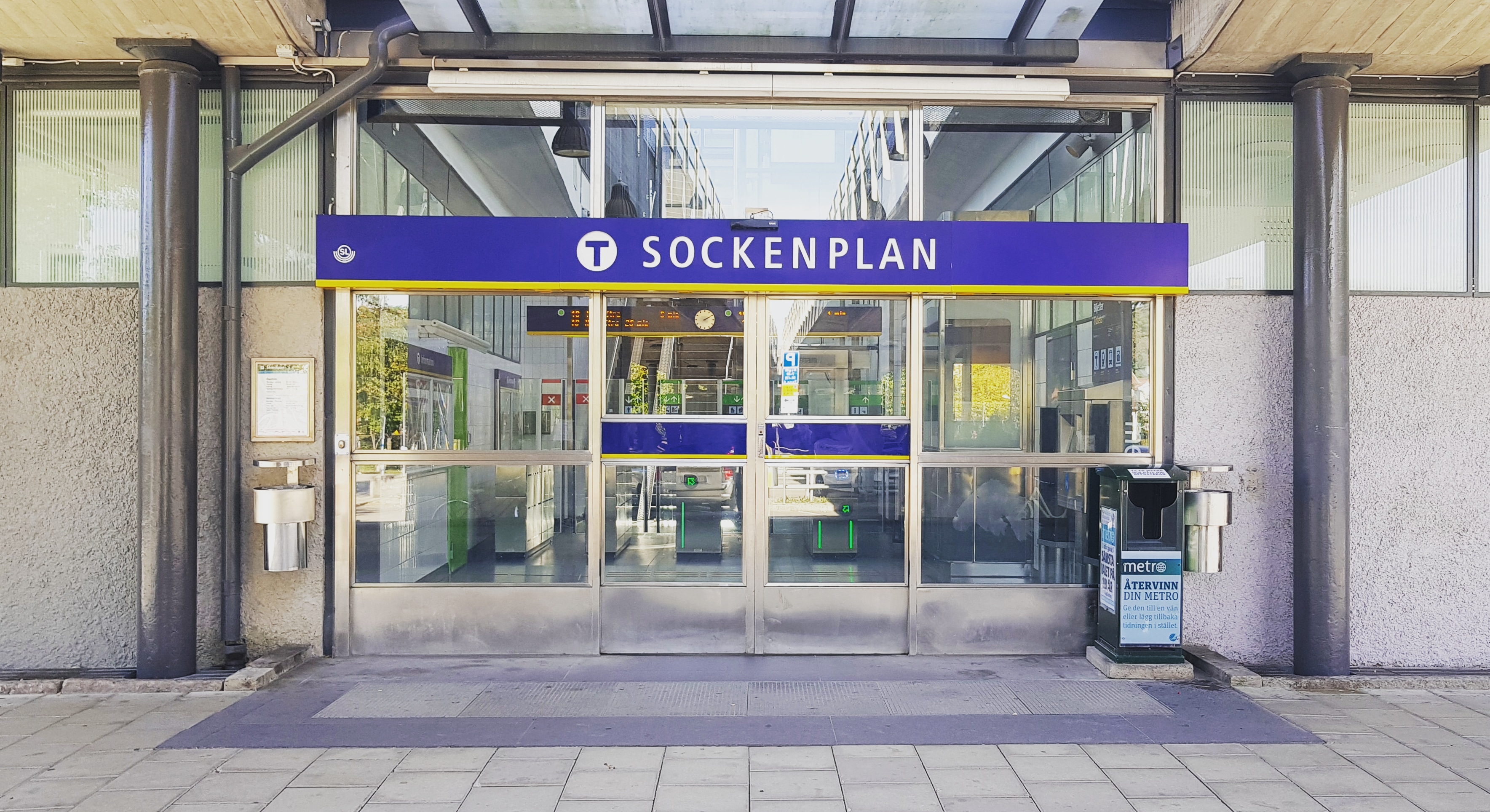 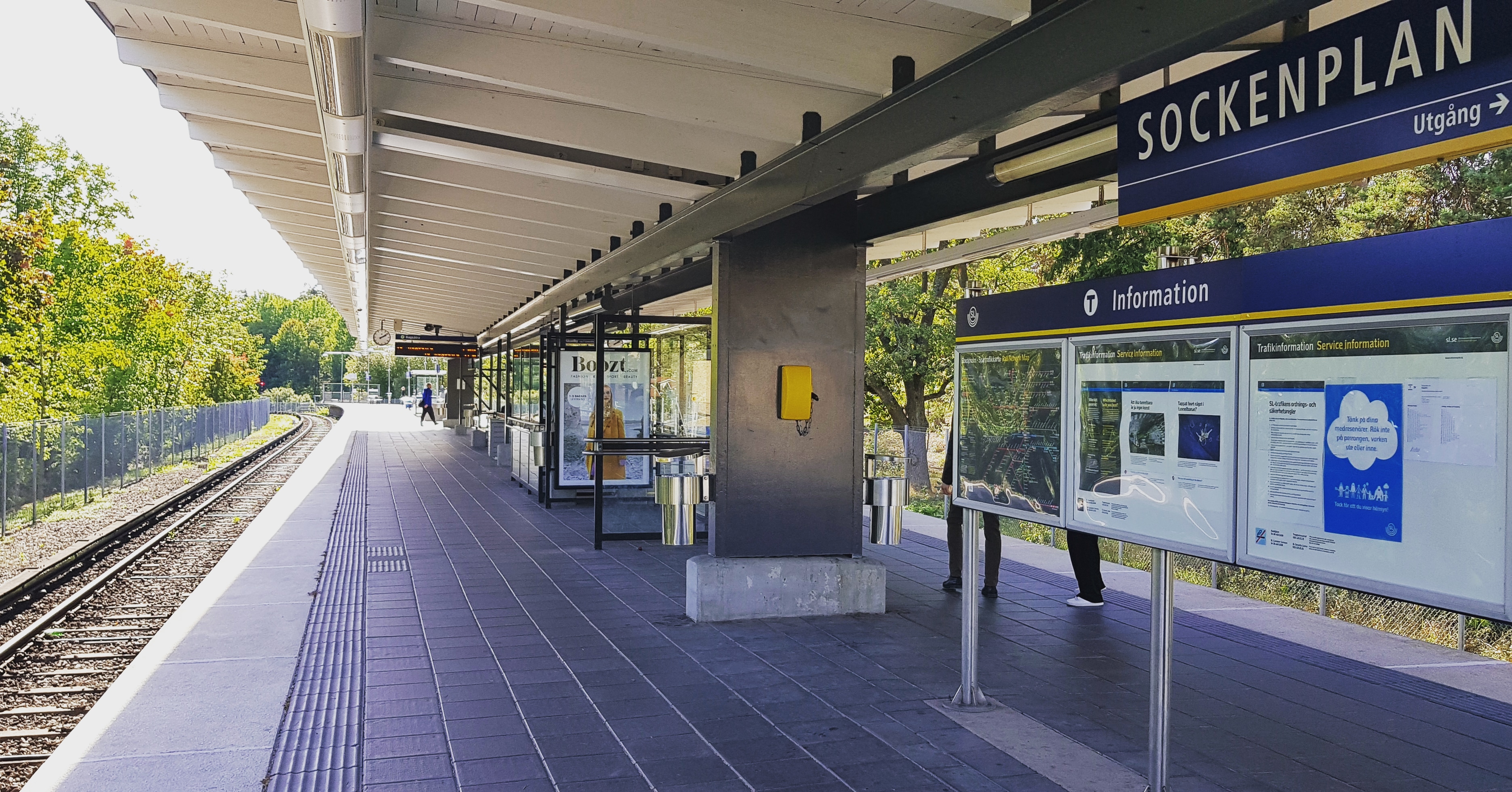 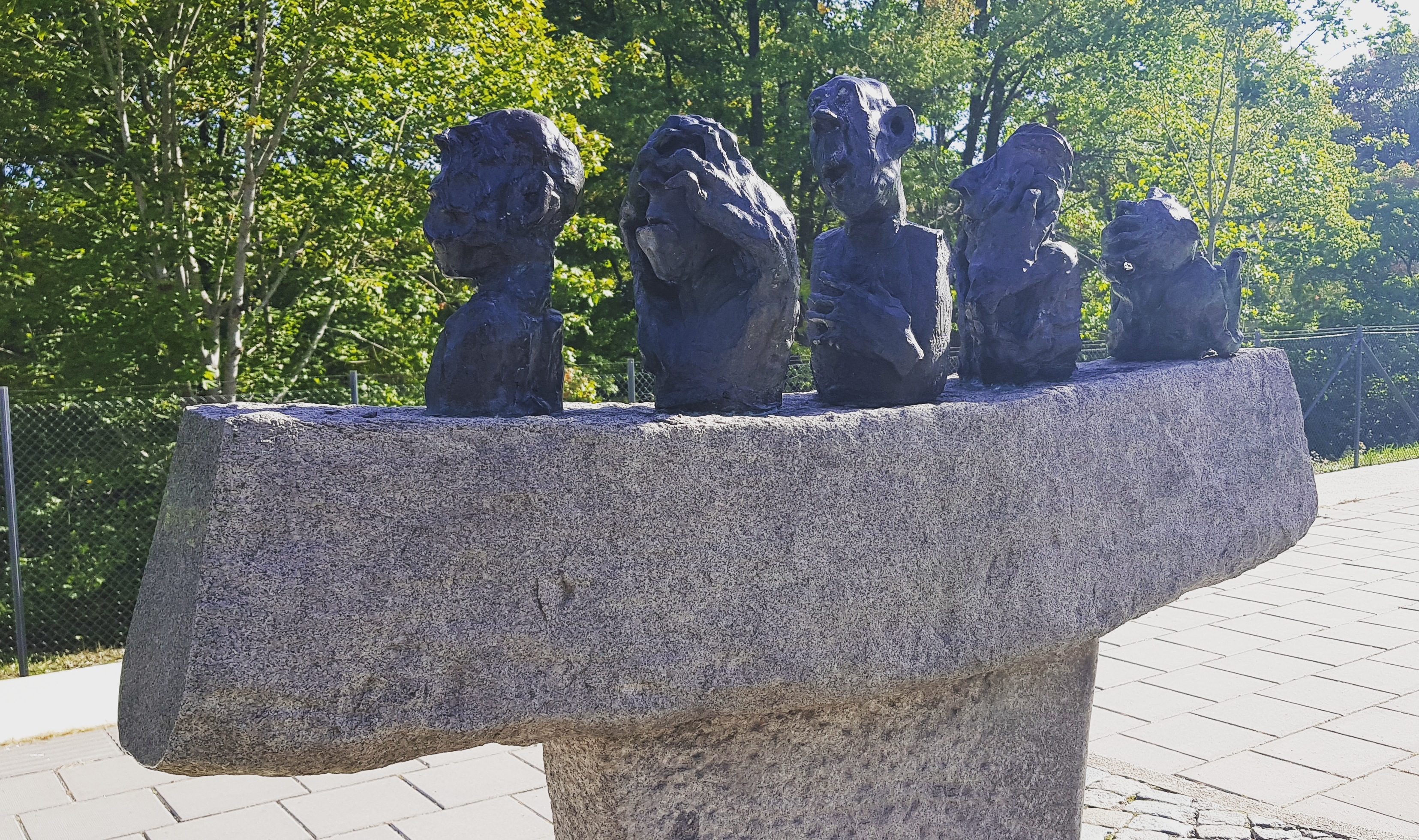 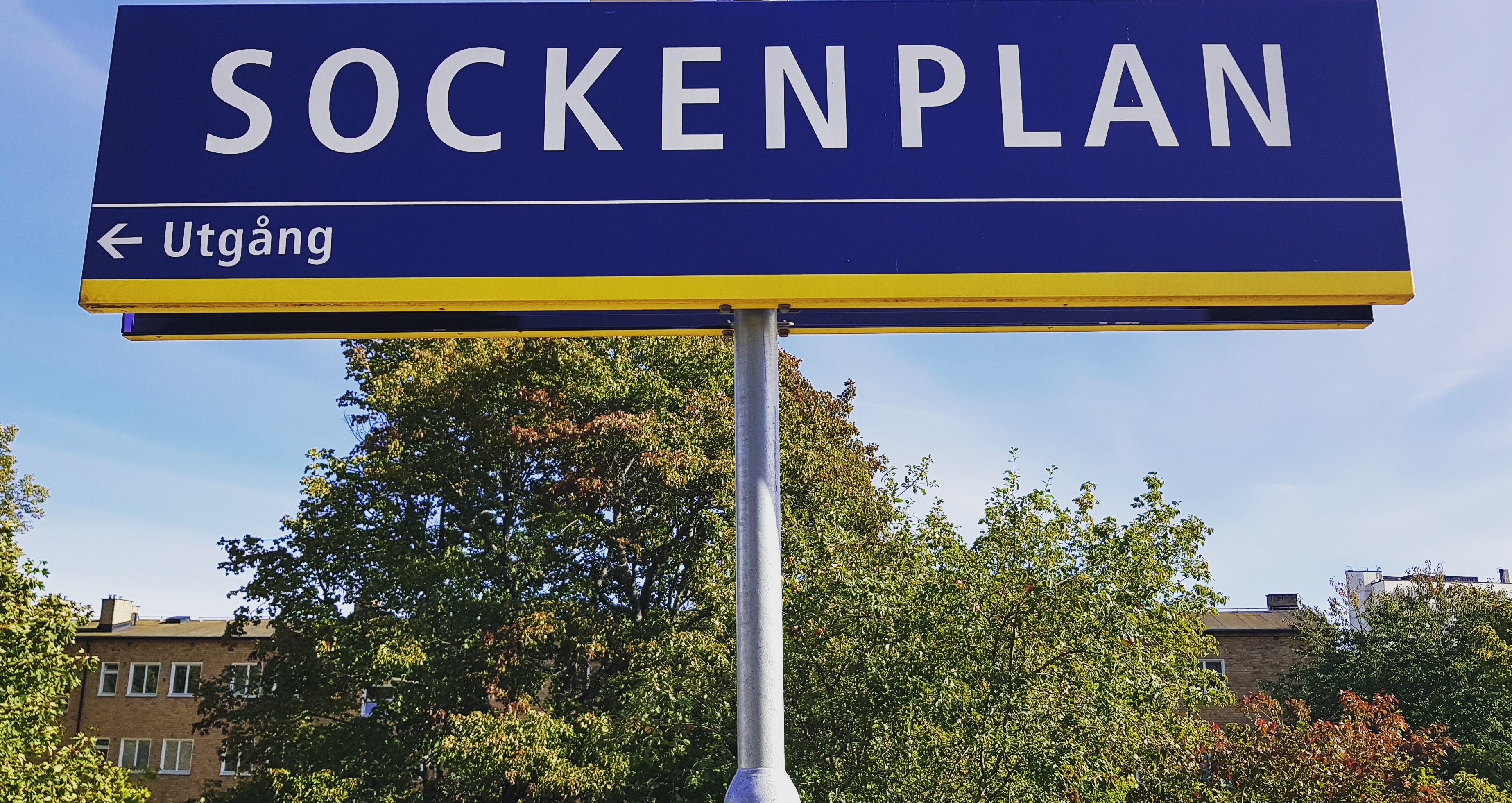 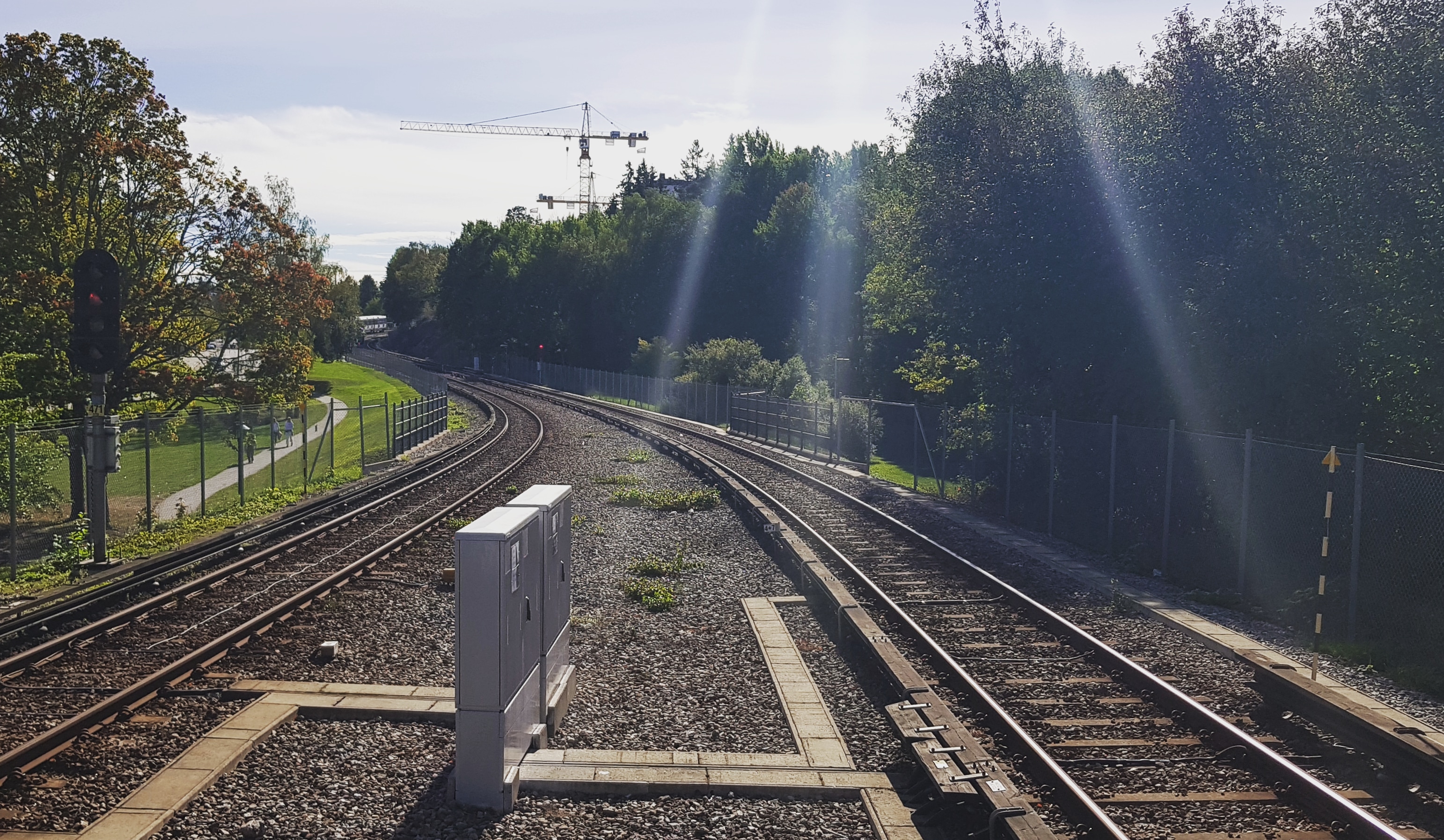